Deep in the countryside of south-west France is the village of Allemans on the bank of the River Dropt.  The inhabitants were invaded by a Germanic tribe in the sixth century, giving Allemans its name.  It is an attractive spot with half-timbered houses, narrow streets and a very unusual church. 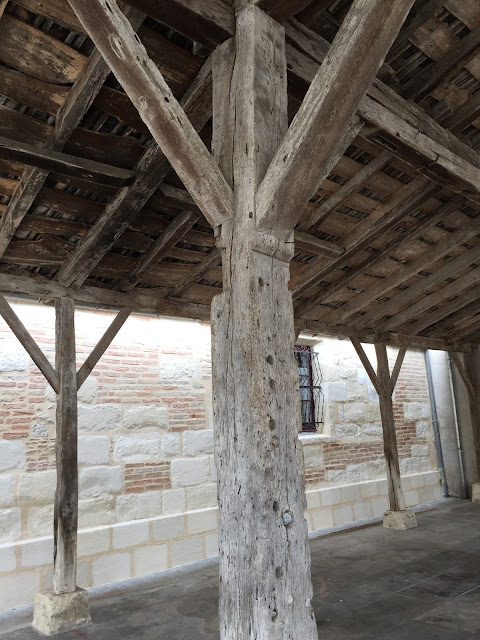 The Church of St. Eutrope has been beautiful restored to reveal much of the late 15th century frescoes on its walls.  The Romanesque building dates from the 10th century commemorating St Eutrope, the Bishop of Saintes and 3rd century
martyr. 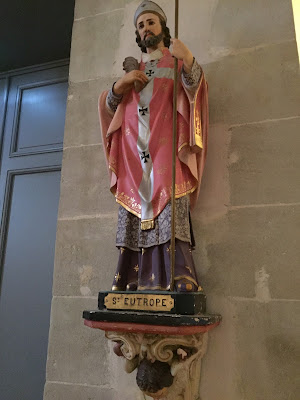 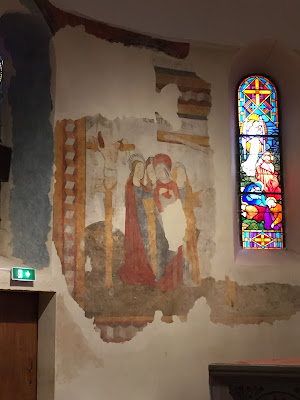 The frescoes, which were discovered in 1935, show in shocking detail, the Passion of Christ, the Last Judgement and Hell, but there is a feeling of calm in this whitewashed nave which includes bright 17th and 20th century stained glass windows. 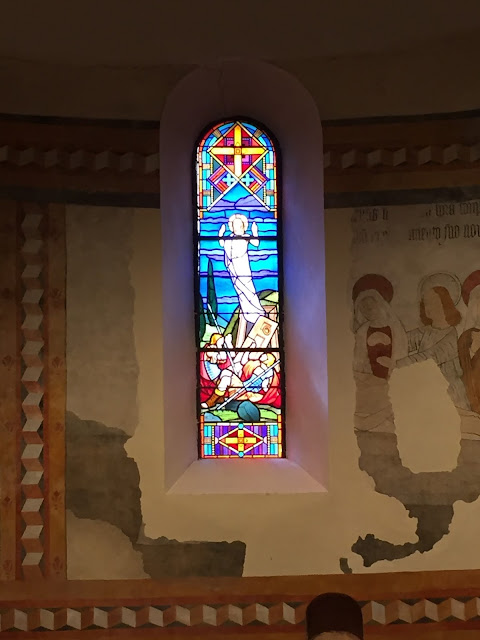 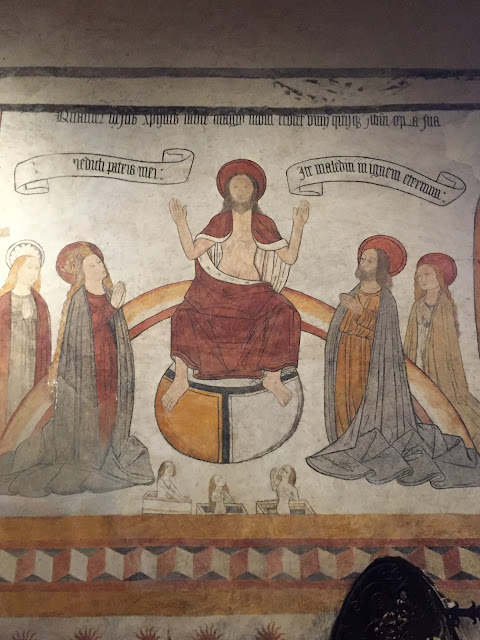 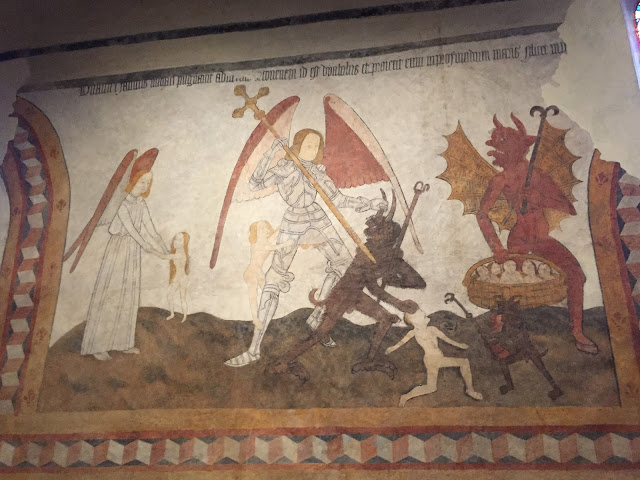 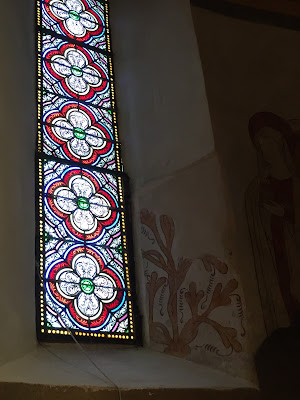 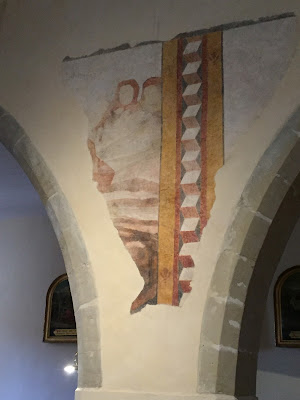