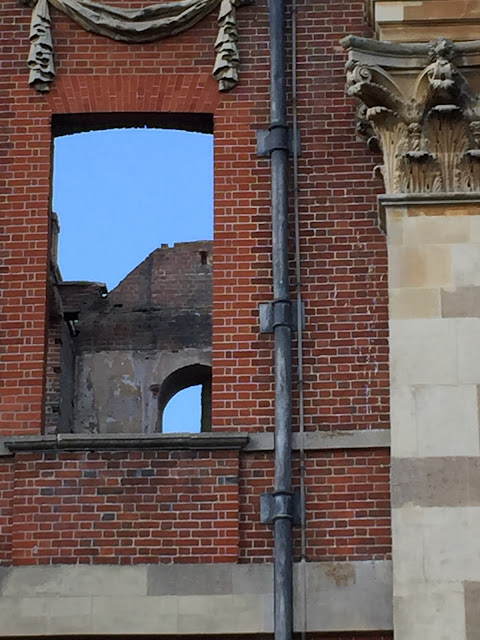 The original Elizabethan house in Clandon Park was replaced by this Palladian Mansion, designed by Giacomo Leoni, in approximately 1730.  The park had been purchased in 1641 by Sir Richard Onslow, MP for Surrey.  It remained in the Onslow family until 1956 when, experiencing the same problems of maintenance costs seen in last night's episode of Downton Abbey, Lady Iveagh donated it to the National Trust.

The gardens, which were landscaped by Capability Brown, were later added to by a Grotto and a Maori Meeting house. 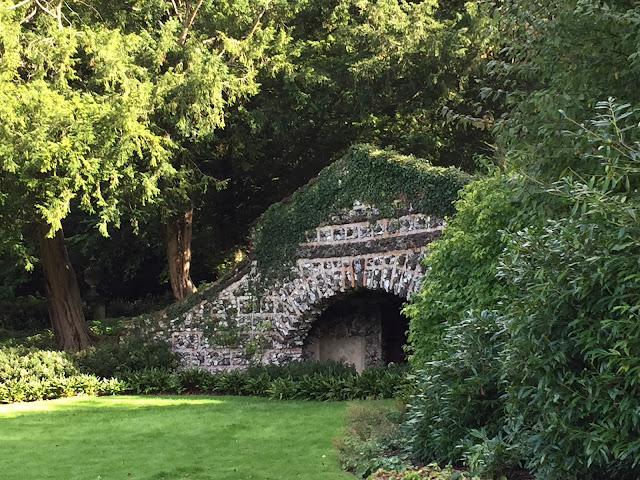 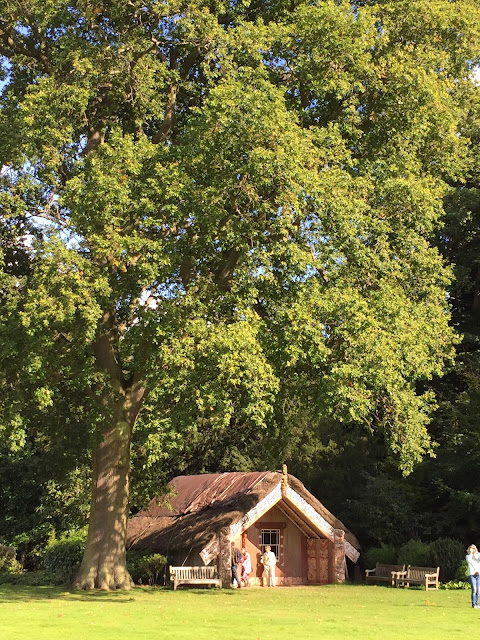 The Maori Meeting House called Hihemihi was brought from New Zealand by the 4th Earl of Onslow, William Hillier Onslow, when he returned from his duties as Governor of New Zealand. 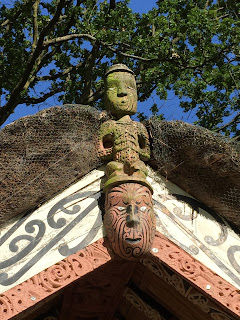 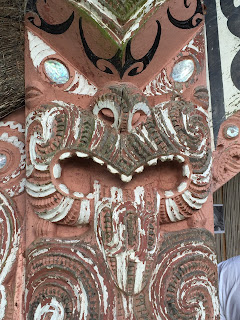 During World War One, the 5th Earl, Richard Onslow offered the house as a war hospital.  His wife, Violet, Countess of Onslow became Commandant of the Military Hospital, from 1915 until 1919. 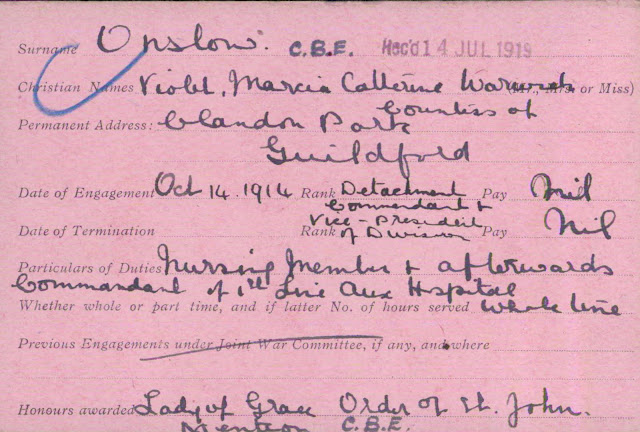 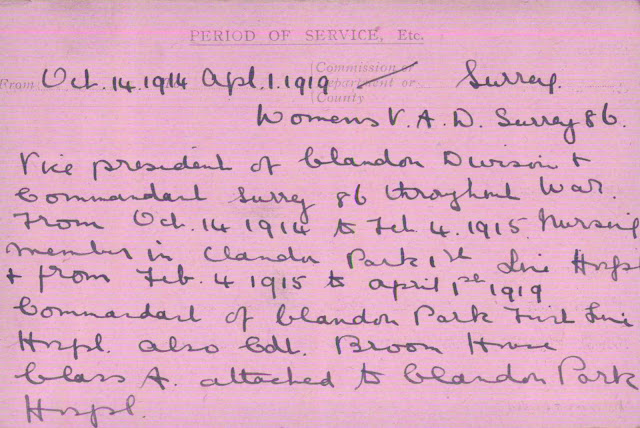 Update Plans for the future 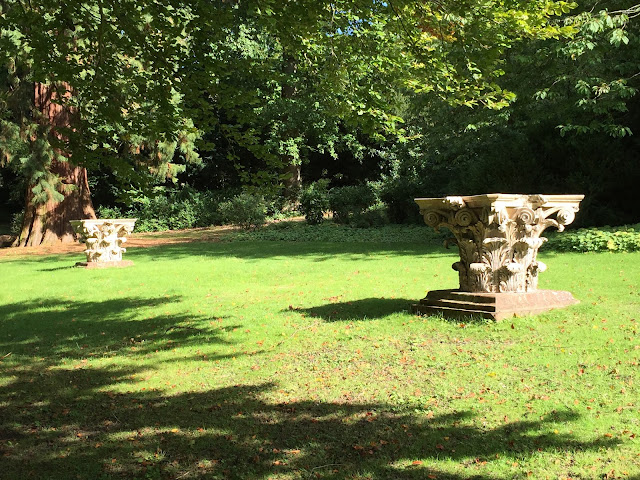 My memories of The Surrey Infantry Museum at Clandon House http://somerville66.blogspot.co.uk/2015_04_01_archive.html

A nineteenth century #Romeo and Juliet?

On Tuesday November 3rd 1863 there was a feeling of rising tension among the residents of Guildford in Surrey.  Some were looking forward to the excitement of the bonfires and celebrations they had become accustomed to on November 5th but many prominent citizens, including the Mayor, were worried about the damage and destruction they expected from the “Guildford Guys,” a group of increasingly defiant revellers.

Almost un-noticed, a young couple booked into a room above the Coachmakers’ Arms in North Street.  The young man, Joseph Mahaig (Maharg), was tall, with dark hair and hazel eyes and was a sergeant in the 3rd Buffs.  His “wife” was in fact an unmarried servant called Elizabeth Waterer.  Elizabeth was described as a fairly tall, good looking girl of about 28.  Joseph Mahaig had served in China during the Opium War and was shortly to embark to India.

At this time marriage was not a straightforward option for a young soldier in the British army.  As the army increased in professionalism, women found themselves excluded.  Although officers were encouraged to marry, other ranks were positively discouraged. Only a proportion of one in twelve men were granted permission by their commanding officer to marry and fewer still were allowed to bring their wives to accompany them overseas.  There the wives and children shared the barracks with the other men using blankets hung over rope lines for some privacy.

Joseph and Elizabeth stayed on the second floor of the Coachmakers’ Arms and were stated to be, “remarkably quiet and civil.”  They had breakfast and tea on Wednesday, but had no food on Thursday November 5th, although Joseph told Mrs Hedges, the Beerhouse Keeper’s wife that they were expecting Elizabeth’s mother to join them.  By Friday afternoon there was a sense of unease among the other residents of the Coachmakers’ Arms since nothing had been seen or heard of the couple for over 30 hours.  When there was no response to knocks on the door, a sergeant of the 37th regiment, who was billeted there, suggested breaking it open but Mrs Hedges decided to send for the police instead.

Superintendent Vickers arrived, accompanied by Sergeant Steads and P C Davis who made up the full strength of the police force in Guildford at that time.  When they forced open the door, it appeared that the young couple were lying dead on the bed.  The woman looked as if she had been strangled and the man had a large gash on his throat.

Mr F D Ross, a local surgeon, was quickly summoned, together with Dr. Chapman of the 37th Foot.  The gash on the soldier’s larynx was carefully stitched and, “A small quantity of brandy was given to the man, upon which he slightly rallied.”  The two doctors believed that the young woman, whose head was hidden under a pillow, had been dead for at least 2 days.

A post mortem examination was conducted by Mr Phillips MRCS and his colleague Dr Sells.  Their problem was that the head and neck were in an advanced state of decomposition.  The question was, had Elizabeth been smothered or strangled or had she taken poison.  Elizabeth had been witnessed purchasing a threepenny packet of Butler’s Vermin powder, which contained two grains of strychnine, from a local chemist on the day she died.  No doubt she had read of the young lady in Shoreham, who earlier that year had poisoned herself with that powder when denied the right to marry her desired suitor by her father.

At the Coroner’s inquest, Mr Phillips stated that a partial analysis of the contents of her stomach suggested poison had been taken but that he was of the opinion that the immediate cause of death was suffocation caused by strangulation.  Mr Sells added that there were marks around the neck and under the skin suggesting strangulation.  However the state of the heart was not consistent with strangulation.  He could not positively say that death had been caused by poison.

In the room where the young couple were found were several relevant letters, two written by Elizabeth and three by Joseph.   In one of Mahaig’s letters he stated that having left the room, he returned to find Elizabeth with a rope around her neck. He took it off and then that they both took poison.

Because of the doubt over cause of death, the inquest was adjourned and at the insistence of the Home Secretary, further analysis of the contents of the stomach was made by Professor Taylor of Guy’s Hospital.  Professor Taylor concluded that there was clear proof that Elizabeth had died from poisoning.

Dr Phillips had feared that Joseph would not recover from his neck wound since it was severely inflamed so he was taken, on November 6th to Guildford Union Workhouse where he was kept under police guard, to prevent further suicide attempts, until the inquest was resumed at the end of November.  While in the Workhouse he wrote a statement about the events which had occurred at the Coachmaker’s Arms, since he was unable to speak.  Although the jury found that Elizabeth Waterer destroyed her own life, they found Joseph Mahaig guilty of aiding and abetting her in this.  He was therefore bound over to appear at the next Surrey Assizes in Kingston-upon-Thames on the charge of, “Wilful Murder.”

At the trial in December Joseph was found guilty but the jury strongly recommended mercy.  Despite this appeal the Judge passed sentence of death on Mahaig who stood upright and heard his sentence without flinching.  He was taken to Horsemonger Lane Gaol where he was due to be executed on January 12th.  A number of the residents of Guildford, many of them Quakers, appealed to the Home Secretary that mercy should be applied.  According to the Sussex Advertiser of January 2nd 1864, “Several philanthropic ladies are desirous of exercising their good offices by visiting the condemned cell, but their entreaties had been refused.”

At the last moment, Mahaig’s sentence was Respited during her Majesty’s pleasure and on January 24th it was commuted to penal servitude for life.  More than a year later Joseph was transported on board the convict ship Racehorse to Western Australia.  On 22nd of October 1865 he was drowned while apparently attempting to abscond in Champion Bay and he was buried in Old Geraldton Cemetery north of Perth, Western Australia.

Elizabeth Waterer had been laid to rest in St Mary’s churchyard in Guildford on November 9th 1863.


A letter, written by Joseph Mahaig, while he was recovering in Guildford Union Workhouse.  The letter was handed to a police constable to be given to the Coroner.   Joseph was unable to speak owing to his neck wound.


I do not know what to write what you may ask for shall I put this day the 26th of the month?-where am I going after that?  I may let you know that we both partook of the poison at the same time, but the poison that I took, that she gave me, she bought at another shop.  It had a blue cover and half an hour afterwards she was dead.  I think it was the night of the 3rd.  We both said, as she would not leave me, we would die together.  She died in my arms.  On the Tuesday evening she had a rope cord round her neck when I came upstairs.  At night we both took the poison in some gin about 5.30.  We both sent, at least left, a letter to both our mothers on the table.  I don’t wish anyone to see this.  Dear friend, I don’t care.  I wish to God I had went with her.

One of my childhood memories are of what I did on days when I was off sick from school.  A cardboard doll would appear, complete with tabbed dresses to put on it.  Often I could colour them in first.  Here are a selection of historic costumes which I found in Volume 2 of The Romance of the Nation by Charles Ray. 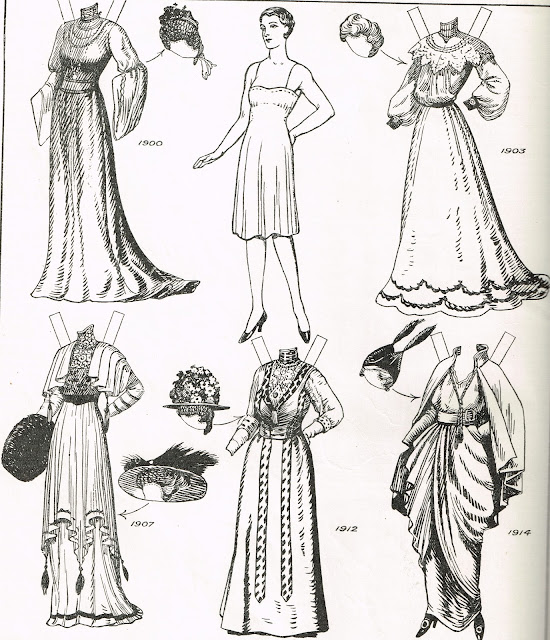 I particularly like the vivid descriptive names of the suggested colours to use. 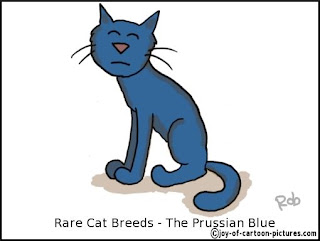 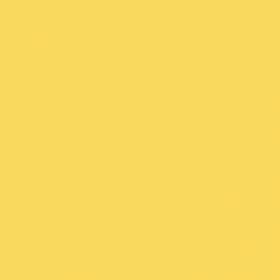 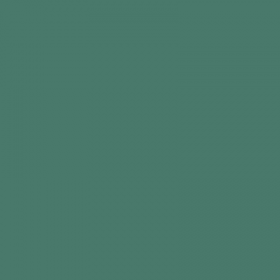 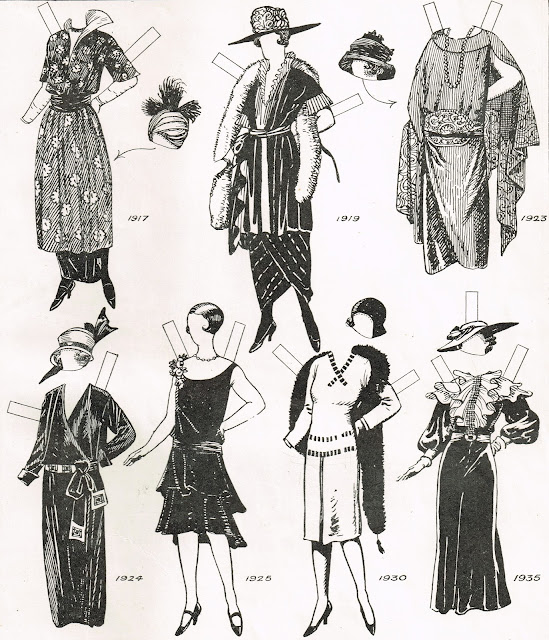 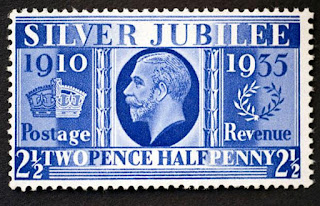 To see and learn more of these colours I recommend the website Colors of Art
And you must view these beautiful paper dolls on Maria Pareira's Pinterest page.