Finding romance on the back of a postcard

Over the last few months I have been scanning old postcards of Edwardian actresses which are in an album I inherited from my grandmother.  Most of the postcards were sent shortly after my grandmother moved with her mother from Rotherhithe to Bournemouth and the majority were sent by her old friends especially “Kate.” 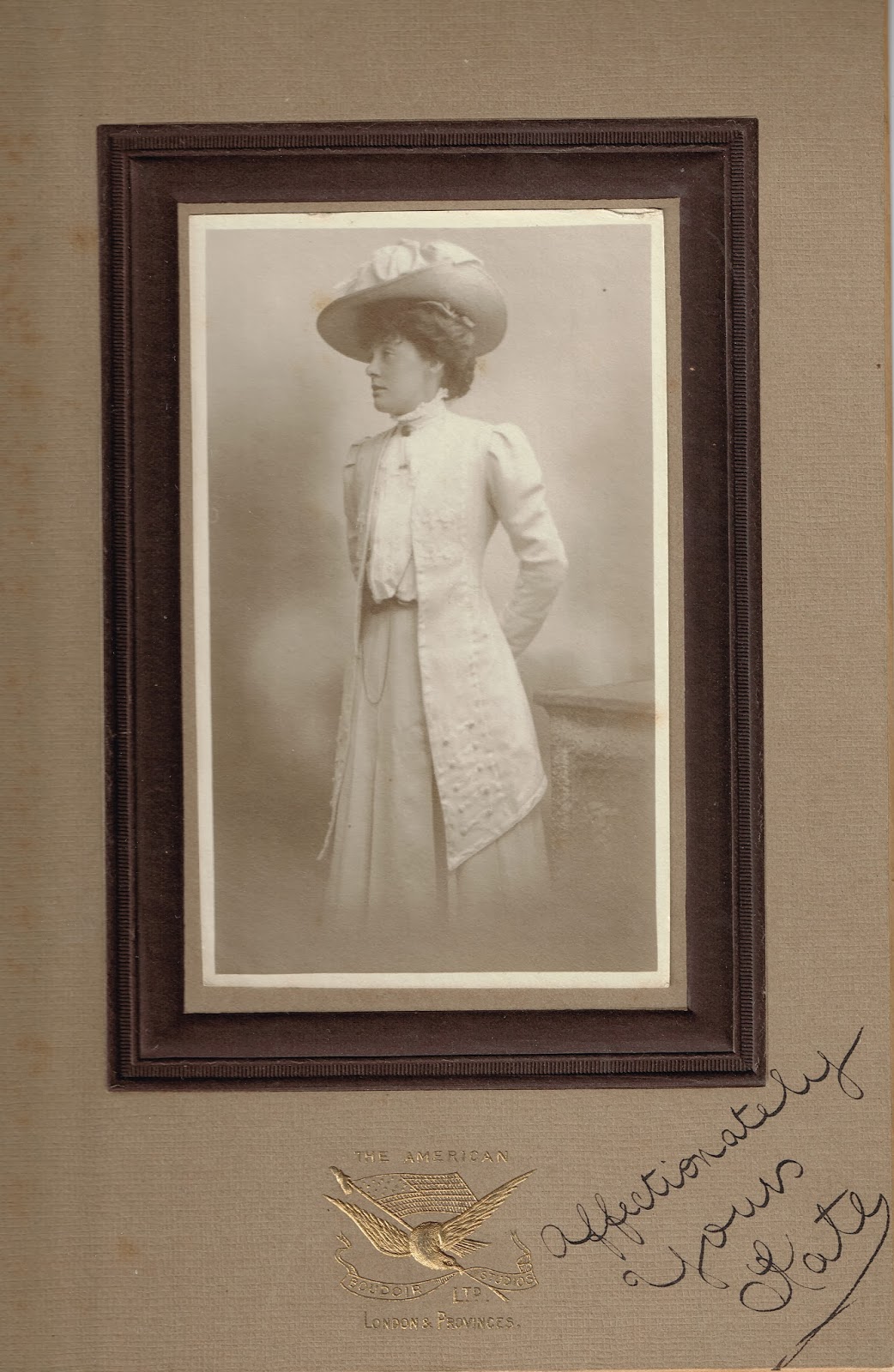 It is always interesting to read the message on the back of the postcard but these are usually about the weather!  One card, however, proved more exciting.  The photo is of Miss Gabrielle Ray, the Edwardian actress who in the 1900s posed for thousands of photographic postcards.  She first appeared on stage, age 10 in 1893 and became famous appearing in many productions in London until her marriage in 1912.  To read more about this beautiful actress please go to www.gabrielleray.com 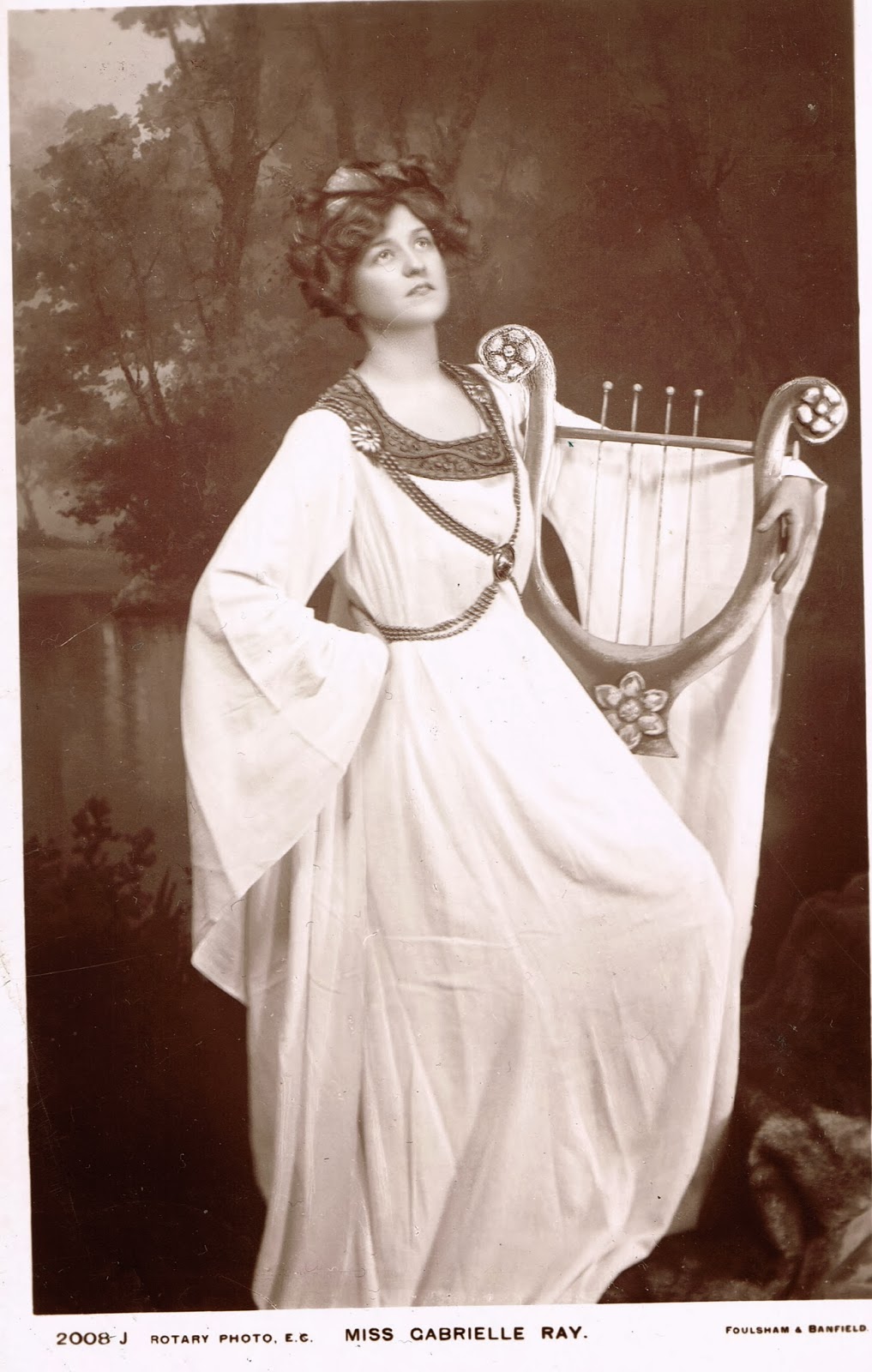 The postcard was postmarked in Brockley in south London on December 5th 1906, when my grandmother was 22.  She had suffered from polio as a child and so had to wear a built up boot due to one leg being shorter.  As you can see in my scan of the postcard the text is very chatty, passing on gossip. “Have you heard this news from Rotherhithe that (Totty) Miss Walker of Culling Road is engaged to a (gentleman of independent means) still a chance after that eh!” 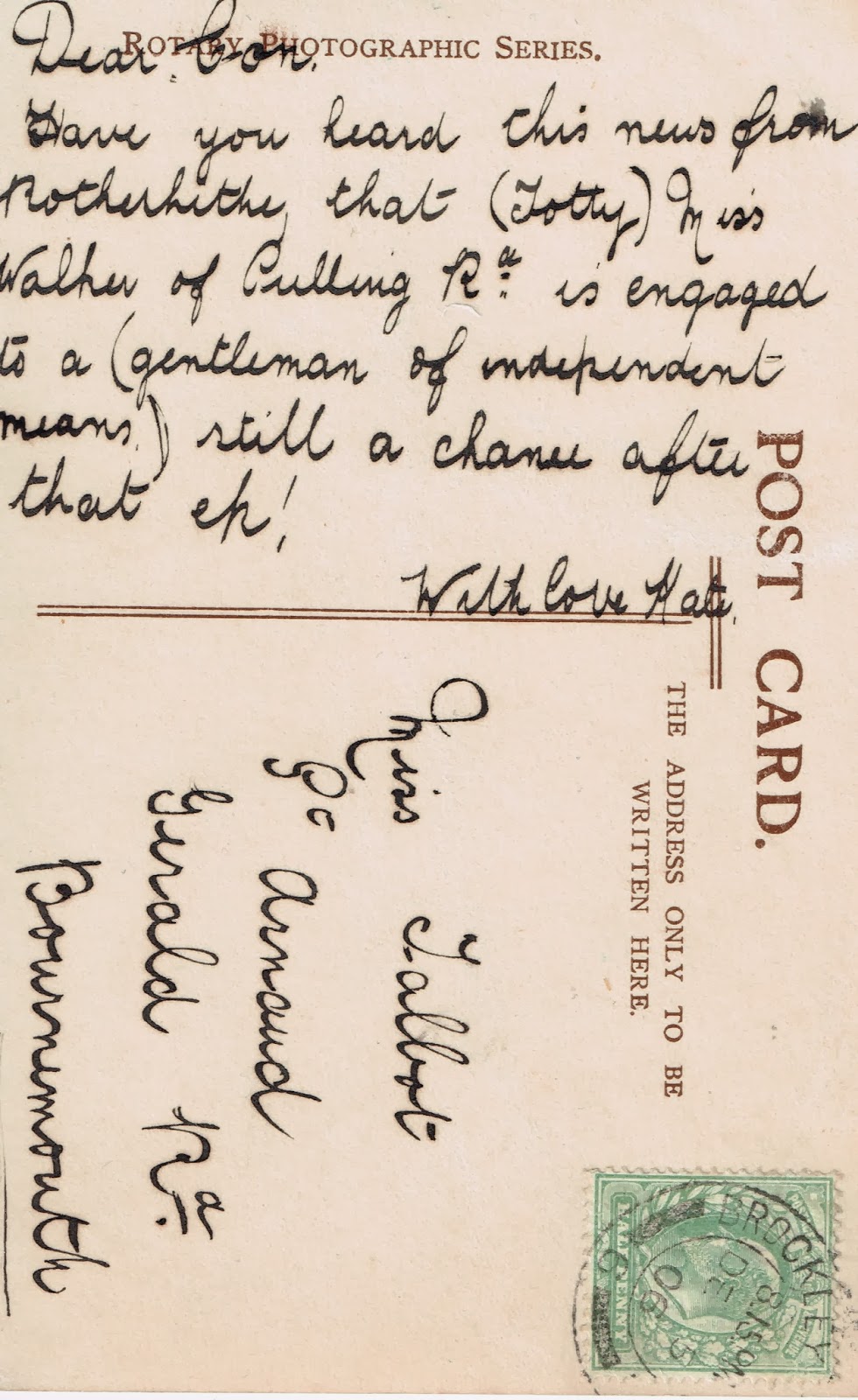 I couldn't resist finding out more about this couple so I went straight to street search of the 1901 census on www.findmypast.co.uk .  There in Culling road I found my grandmother’s elder brother Percy, her uncle Thomas and also at number 58, Louisa A. Walker age 36 living with her father Samuel Walker, retired Customs Officer and her younger sister Ada, a teacher.  Exploring earlier census returns I found another sister who was a teacher but no occupation was given for Louisa.

My next success was to find a marriage using www.ancestry.co.uk on June 24th 1908 between Louisa Alice Walker age 43 and William Halcomb Miles age 47 at Christchurch, Rotherhithe.  William’s father was secretary of the SPCK (Society for Promoting Christian Knowledge).  The couple settled in Catford, where according to the 1911 census they had 6 rooms and a bathroom.

Another interesting point is that on the 1911 census, it states that William was deaf from birth and that Louisa is living on private means.  As young Louisa had remained at home while her sisters worked as teachers I wonder if it was actually Louisa who was deaf.  Lastly I discovered Probate records show that William died on February 11th 1934 leaving £3543 8s 3d and his wife Louisa died four years later leaving £3259 2s 2d.

My grandmother didn't find a man of independent means but a few years later she met a young trainee architect in Bournemouth whom she followed to Canada and married in 1912.  I have yet to discover more about Kate.