What did they do with the Workhouse boys? #Navy #WorldWar

As the 19th century turned into the 20th Boards of Guardians all over England struggled to deal with the increasing number of young people in their charge.  They tried to move children out of the Workhouses into Cottage or Scattered Homes and from there, most of the girls went into service, but they were anxious to find employment for the boys which would keep them out of trouble.  One solution was a Sail Training Ship, a specialised kind of industrial school.  I have been researching the boys from Guildford who went to TS Exmouth at Grays in Essex.  They were only accepted if they were physically fit and the boys had to show willingness to undertake the training.  As this was a few years before the First World War, many of these young men were in the navy or merchant navy during that time.  This is the story of a few of them. 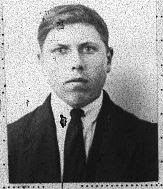 Percy Dewberry was born in November 1900 at Stoke Hill Farm Cottage, Guildford, as his father was a cowman.  Later the family moved to West Molesey but Percy’s mother, Matilda died in 1907.  Unable to cope with his four youngest children, George put Percy into the care of the Guildford Board of Guardians and in 1912 they sent him to TS Exmouth.  He remained there until 1915 when he became a signal boy on a transport ship.  Later he worked as a deck hand on an oil tanker but in 1921 he moved in with his older brother William, due to unemployment. Sadly, a few months later, depressed by his lack of work, he tried to commit suicide using a razor and when that was taken from him, he hanged himself from a beam.

Originally baptised Lewis Leonard George Larner at St John’s Church, Merrow in 1892, George was one of 9 surviving children of Thomas Larner, soldier and his wife Mary Jane.  Mary Jane struggled to cope while her husband was away in the army and in 1904, the four youngest were adopted by the Guildford Board of Guardians.  Rose and Violet were sent to Dr Barnardo’s Girls Village in Barkingside and thence to Canada under the British Home Children’s scheme.  George was sent to TS Exmouth while his brother went to the Gordon Boys’ school for necessitous boys.  In 1907, after a year’s naval training, George was sent to the Royal Marine School of Music in Eastney.  During the first world war, he was an army sergeant and in 1917 he died of wounds in Flanders.

Harry Longhurst, born in the village of Shere in 1899, was taken into the care of the Guardians with his two younger brothers after the death of his father.  Edward and Charles Longhurst were put into the Scattered Home, Elsinore while Harry was sent to Newark Scattered Home in Recreation Road, Guildford.  He was sent to TS Exmouth in 1912, where he stayed until 1915.  On discharge he joined SS Needwood.  He survived World War One but in 1940, he was killed on board SS Ashcrest where he worked as a steward.   His name is listed on a memorial on Tower Hill in London. 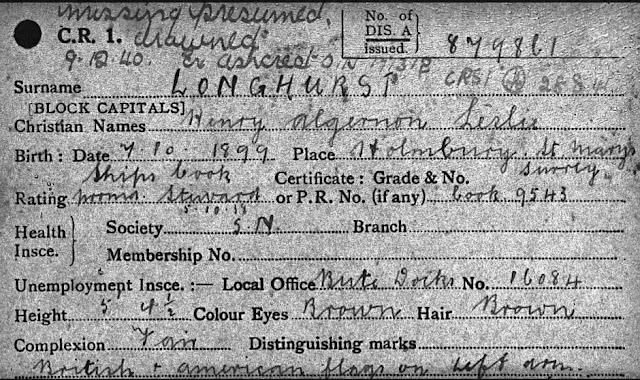 The members of one family were “scattered” in several homes by 1911.  They were the sons and daughters of Samuel Norsworthy.  Samuel had been a contractor’s carman living in Quarry Street, Guildford with his wife Annie and 7 children, until Annie died in childbirth in 1910.  We find Samuel residing in Guildford Union Workhouse in the 1911 census along with his 10 month old daughter Constance, while two of his children, 11 year old Annie and 4 year old Ernest William are next door in the Children’s Receiving Home.  Meanwhile 13 year old Leonard and 6 year old Henry Charles Norsworthy are down in the town at Elsinore Scattered Home in Springfield Road.  Nine year old Cecil Norsworthy was in another scattered home, Newark in Recreation Road.  The oldest two children are at work; Selina as a housemaid in Weybridge and Samuel Arthur working as a gardener on a fruit farm in Shalford. 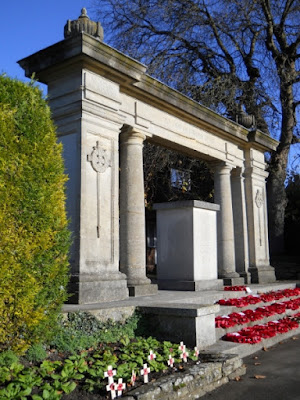 Cecil Edward Victor Norsworthy resided at TS Exmouth from 1913 until 1917.  He was selected by the Royal Navy to serve on HMS Impregnable and remained in the navy until 1928.  In 1930 he became a postman in Reading, Berkshire but in 1938 he rejoined the navy until invalided out in 1941.
Sadly, his elder brother’s life was much shorter.  Leonard John Norsworthy left TS Exmouth in 1913.  Initially joining HMS Powerful he later served on HMS Viknor as a telegraph boy, until he drowned when the vessel was lost in the Irish Sea in January 1915.  Leonard was only 17.  He is listed on two memorials, one in the castle grounds in Guildford, his home town and also on the Southsea Royal Naval Memorial to the Missing of World War Two.  The Viknor was assigned to the 10th cruiser squadron and was used to patrol the waters between Scotland and Iceland.  For unknown reasons the ship, which had been in wireless contact with shore, sank without ever sending a distress signal. Germany had recently mined the area and there was also a violent storm at the time. There were no survivors.

James Sole and his brother Thomas were orphans boarded out from the Workhouse to Annie Hart of Merrow who was married to a railway worker.  After being discharged from TS Exmouth in 1907 he joined the navy where he remained when war broke out.  He married Alice who also lived in Merrow, but in 1917 while manning the siege guns at Dunkerque he was killed by enemy fire for which he posthumously received the Distinguished Service Medal. 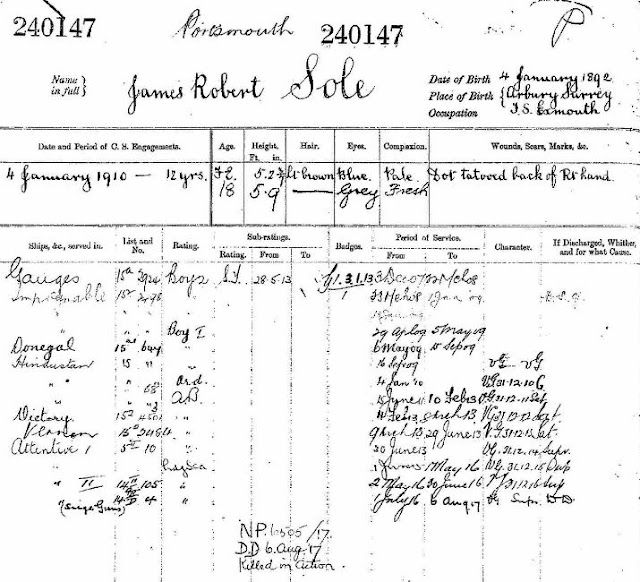 These are only a few of the boys who voluntarily endured the hardship at TS Exmouth, spending their days with bare feet and sleeping in hammocks in a very cold open area.

Read about 2 happier boys at http://www.hospitalproject.co.uk/workhouse-inmates-a-personal-story/

And what happened to the Workhouse girls?
at November 01, 2017
Email ThisBlogThis!Share to TwitterShare to FacebookShare to Pinterest
Labels: history, navy, TS Exmouth, Workhouse, WW1