The church of St Laurence on the top of the hill in the town of Ludlow is the largest parish church in Shropshire.  With its beautiful stained glass windows, it is filled with light.  Around the walls are many fascinating monuments and acknowledgements.

The original church was built in the 11th century but there was major rebuilding of the nave in the middle of the 15th century when Ludlow was an important wool town. 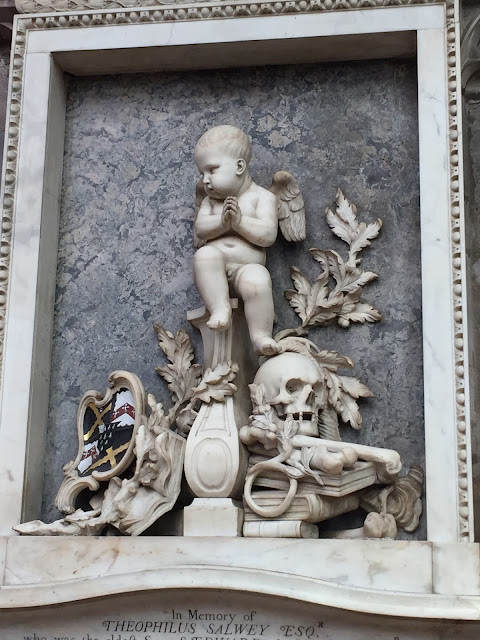 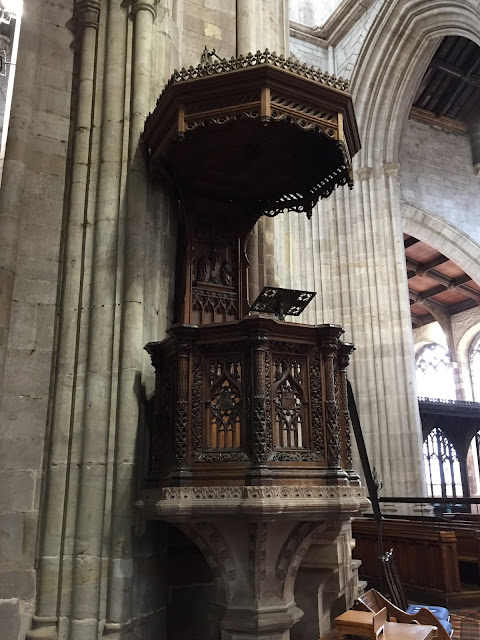 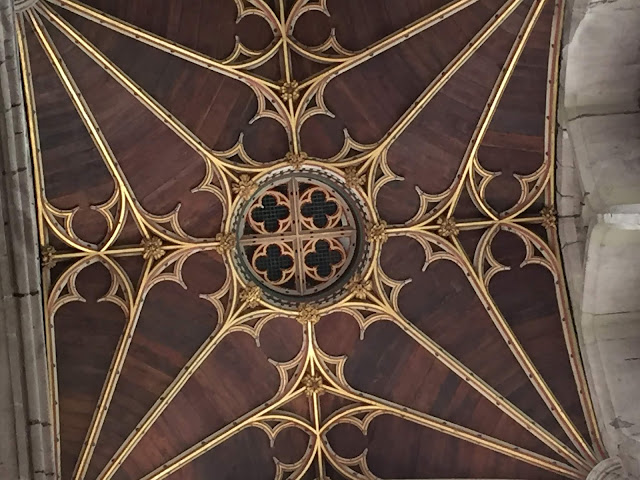 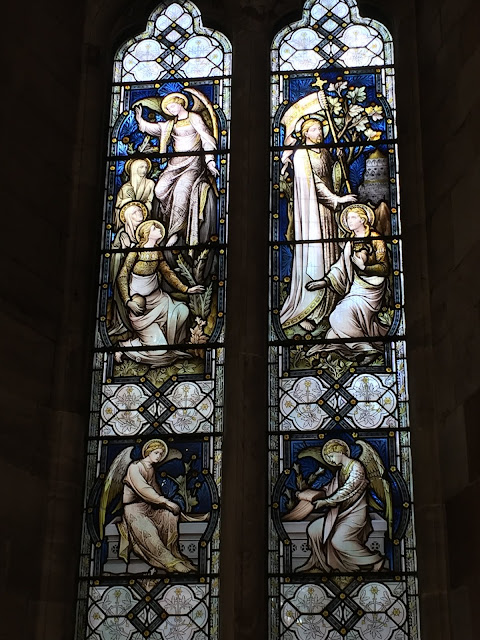 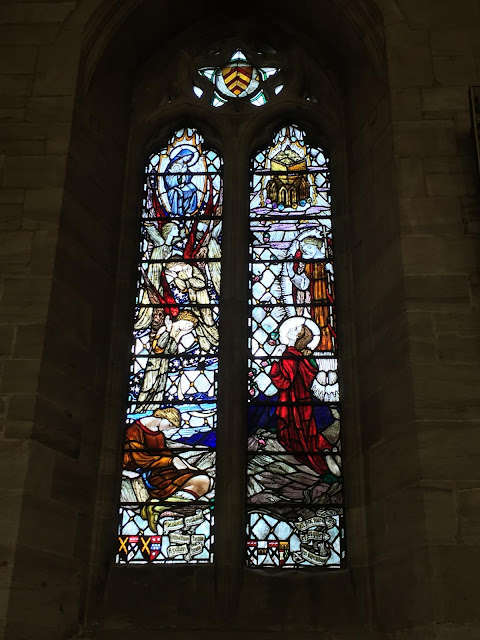 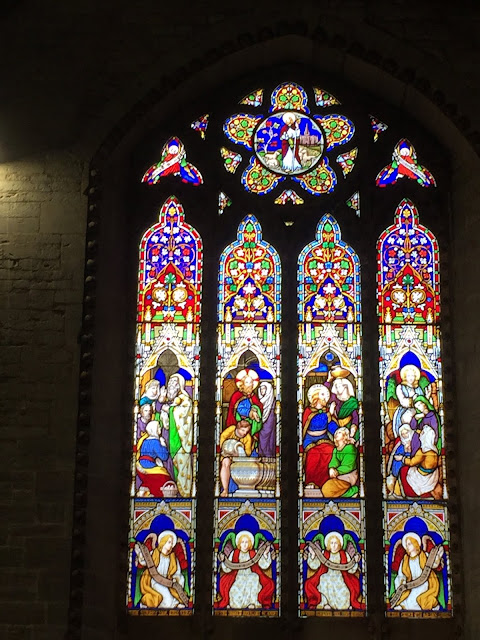 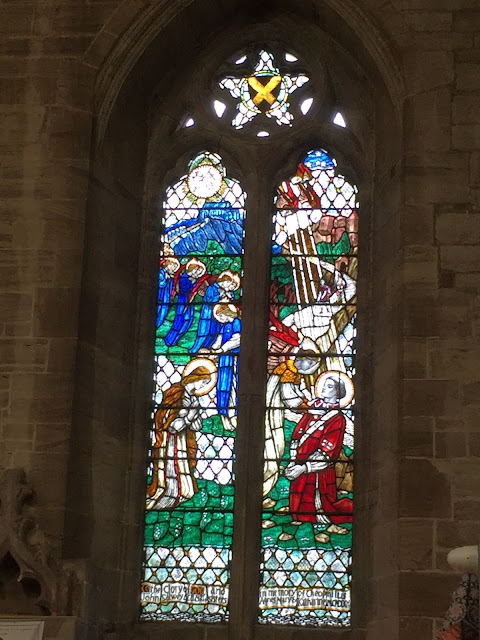 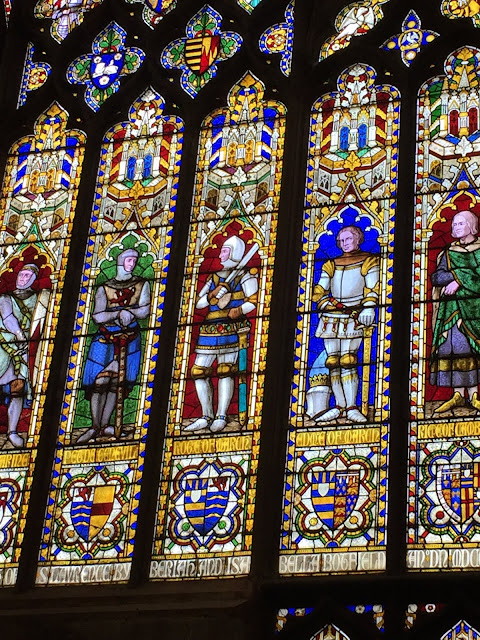 You might also like to see the Misericords in Ludlow.
at January 25, 2019 No comments:
Email ThisBlogThis!Share to TwitterShare to FacebookShare to Pinterest
Labels: architecture, church, Ludlow, medieval, memorials, stained glass 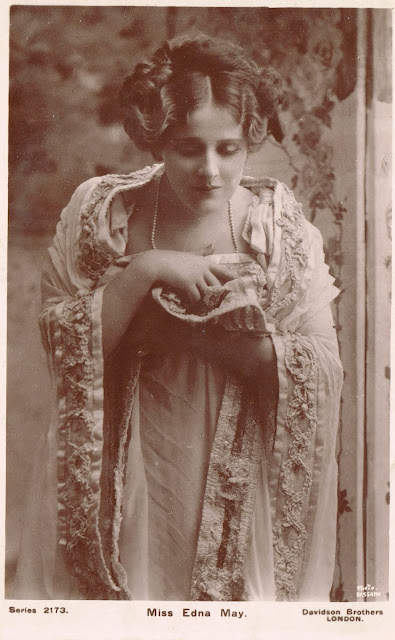 Edna May Petty was born in the city of Syracuse in New York State. Her parents encouraged her ability to sing and entertain and like her sisters, Jennie and Marguerite, she became a child star.  By the age of 7, she was performing in productions of HMS Pinafore and The Pirates of Penzance.  At 16, she travelled to New York to study music at the Conservatoire but while there she met and fell in love with Fred Titus, a celebrated professional cyclist and in 1895, at the age of 17, she married him.  Her first performance in New York was in 1896, when Oscar Hammerstein cast her in Santa Maria, but her big break was in September 1897 when she appeared as a sweet Salvationist in The Belle of New York. Although a moderate success the play’s real fame occurred when the production moved to London. Edna May was soon a favourite among postcard collectors. 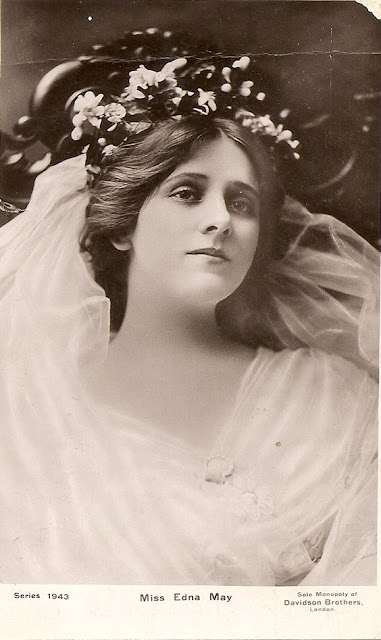 Now a star, she made frequent performances in London and in New York. Her marriage failed, and she and Fred Titus divorced in 1904. In 1906 The Belle of Mayfair opened at the Vaudeville Theatre. Edna played a similar character to that of The Belle of New York and the Manchester Courier reported,
"The Belle of Mayfair" is synonymous with Miss Edna May, who received a warm welcome last night, but the play is by no means a one part piece, and there are half a dozen actresses who could impersonate the title role charmingly.”
This may have influenced the actress as she later walked out of the cast. Miss May objected to the featuring of Camille Clifford jointly as a joint star on The Belle of Mayfair bills. The theatre management's retort was that they must feature Miss Clifford, because she was engaged to marry a British nobleman.  Edna May was particularly upset that a special song had been written for Miss Clifford, Why am I a Gibson Girl, but that no suitable song had been found for her. More scandal was to follow when the 15 year old, Phyllis Dare was brought back from school in Belgium to take over from Miss May rather than the understudy. 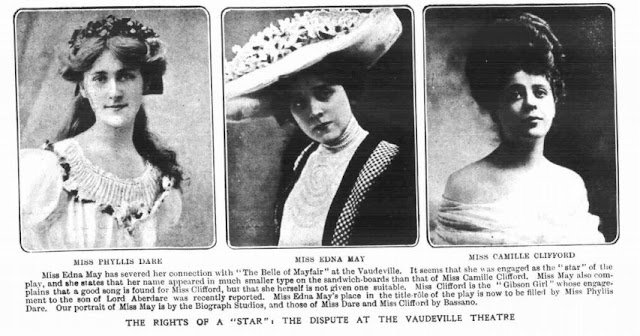 In fact, Edna May soon found her own fiancé, not a British nobleman but an American millionaire. Oscar Lewisohn 6 years her junior, was the son of Adolph Lewisohn, the copper King.  The couple lived in Berkshire but to the dismay of her public Edna was retiring from the stage. Her swan song was the play Nelly, Nelly 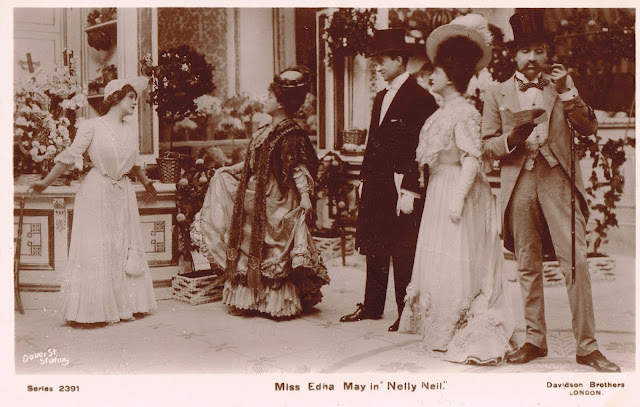 Edna briefly returned in 1911 to perform The Belle of New York York at the Savoy Theatre and in 1915 The Masque of Peace and War in London. Edna’s husband died in 1917. At first she remained in Berkshire but by 1936 she had moved into the Ritz in London. She died in Lausanne in Switzerland in 1948.

To read more about The Gibson Girls