Reblog: The Belle of Mayfair

On Lost in a Good Book the story of The Belle of Mayfair, a contemporary version of  Romeo and Juliet. 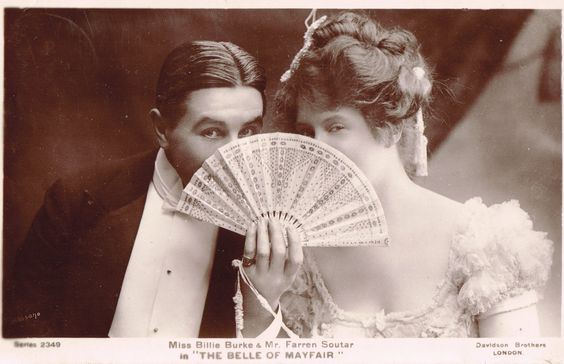 Shakespeare’s Romeo and Juliet has been a popular choice for artists.  It has also been transposed into other settings such as the film West Side Story showing the New York street gangs of the late 1950s.
In April 1906 a musical called The Belle of Mayfair opened at the Vaudeville Theatre in London.  This was also based on Romeo and Juliet in the current time, Romeo being played by the renowned actor Farren Souter.
Read more...
at April 21, 2016
Email ThisBlogThis!Share to TwitterShare to FacebookShare to Pinterest
Labels: Edwardian actress, London theatre, Mayfair, Reblog, Romeo and Juliet