The Old Red Lion by the Fleet Ditch

Flowing beneath the streets of London between Hampstead Heath and Blackfriars Bridge is the hidden river Fleet.  Its upper reaches once gave the name to Holborn or Hol (hollow) bourne but by the 18th century it was better described as the Fleet Ditch, a sluggish, dirty stream.   Next to this unhealthy spot stood the Red Lion Tavern or Lodging House, a den of iniquity.

Possibly dating from the mid-16th century, this rambling building stood in Chick Lane (also called West Street) near Saffron Hill in West Smithfield, an overcrowded area known for criminals and prostitutes.
The Tavern provided accommodation for coin counterfeiters and contained a private still.  It was full of sliding doors and secret cupboards.

In the garret there was access to the rooftop for a quick escape and a handy plank could be used from a window as a bridge to cross the Fleet to the house opposite.  The authorities often pursued thieves into the building but rarely captured them.

Walter Thornbury in his second volume of, “ Old and New London,” tells of a chimney sweep called Jones who having escaped Newgate prison, hid in the Red Lion for 6 weeks although the building was searched several times by the police.  Eventually they imprisoned another tenant until he revealed the hiding place.  Jones was concealed behind a brick wall in the cellar 9 foot by 4 foot with a small hole near the ceiling through which food had been delivered.

There is a tale of a sailor who was robbed at the Red Lion, stripped naked and thrown into the Fleet but a woman and 2 men were arrested for the crime and later transported.  One criminal discovered in a bedroom, crawled under the bed and disappeared.  He was found to have used a trap door but he broke his leg and was arrested. 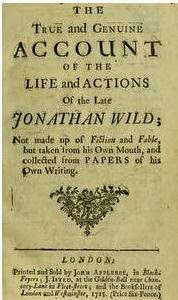 Jerry Abershawe, a highwayman on the Portsmouth Road, and the notorious criminal, Jack Sheppard, were said to frequent the Red Lion but its alternative name was Jonathan Wild’s house.  Jonathan Wild came from Wolverhampton but he was drawn to the crowded metropolis to seek his fortune.  Unfortunately he was soon put into a debtor’s prison where he met a prostitute who introduced him to the criminal fraternity.  He came up with a seemingly faultless plan.  He and his soon assembled gang stole items then later produced them for the original owners for a reward saying that they had discovered the thieves.  When the newspapers reported his heroic efforts he became popular.  He called himself Thieftaker General, although he even stooped to blackmail when wealthy gentlemen were robbed in inappropriate surroundings.

But he went too far when he betrayed fellow thief Jack Sheppard.  He became identified with the unpopular authorities and found himself in court accused of two robberies.  Although acquitted of one, he was condemned to death for the other.  Fearing an unpleasant death, he took laudanum so was scarcely conscious when taken to the noose.  Ironically the hangman had been a guest at Jonathan’s marriage to Elizabeth Mann.  Although buried in St Pancras Old Churchyard he was exhumed three days later for dissection by the Royal College of Surgeons.

In 1844 the Red Lion was demolished.  As well as the many secret hiding places, a skull and several bones were found in the cellar. 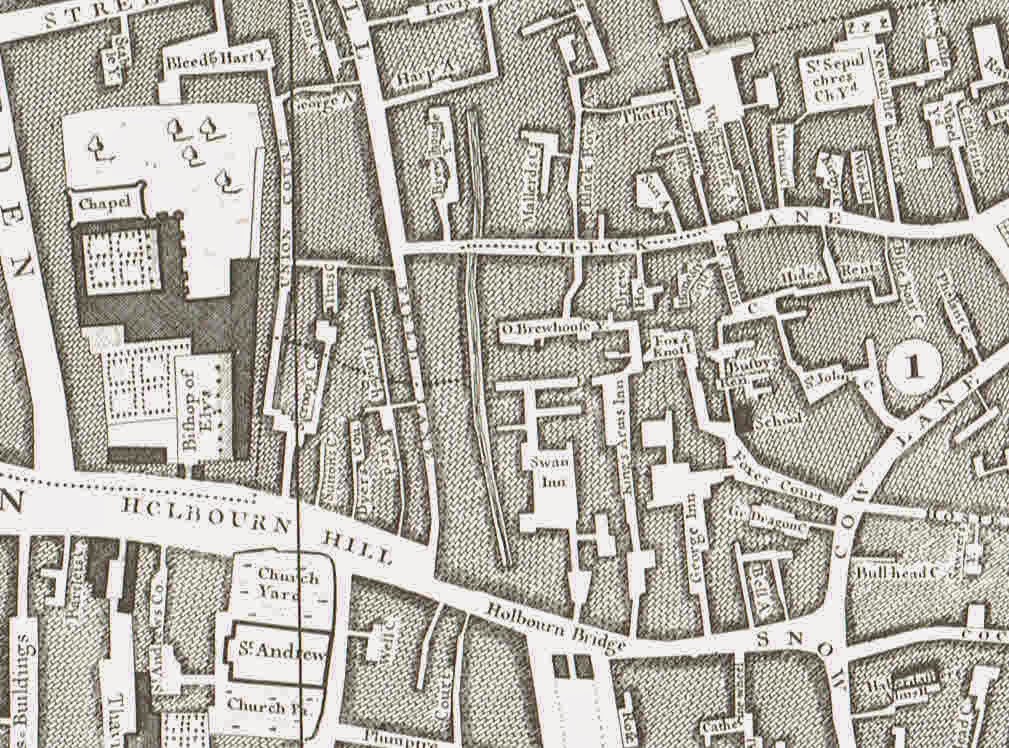