Searching for a tombstone at St Mary's Lambeth 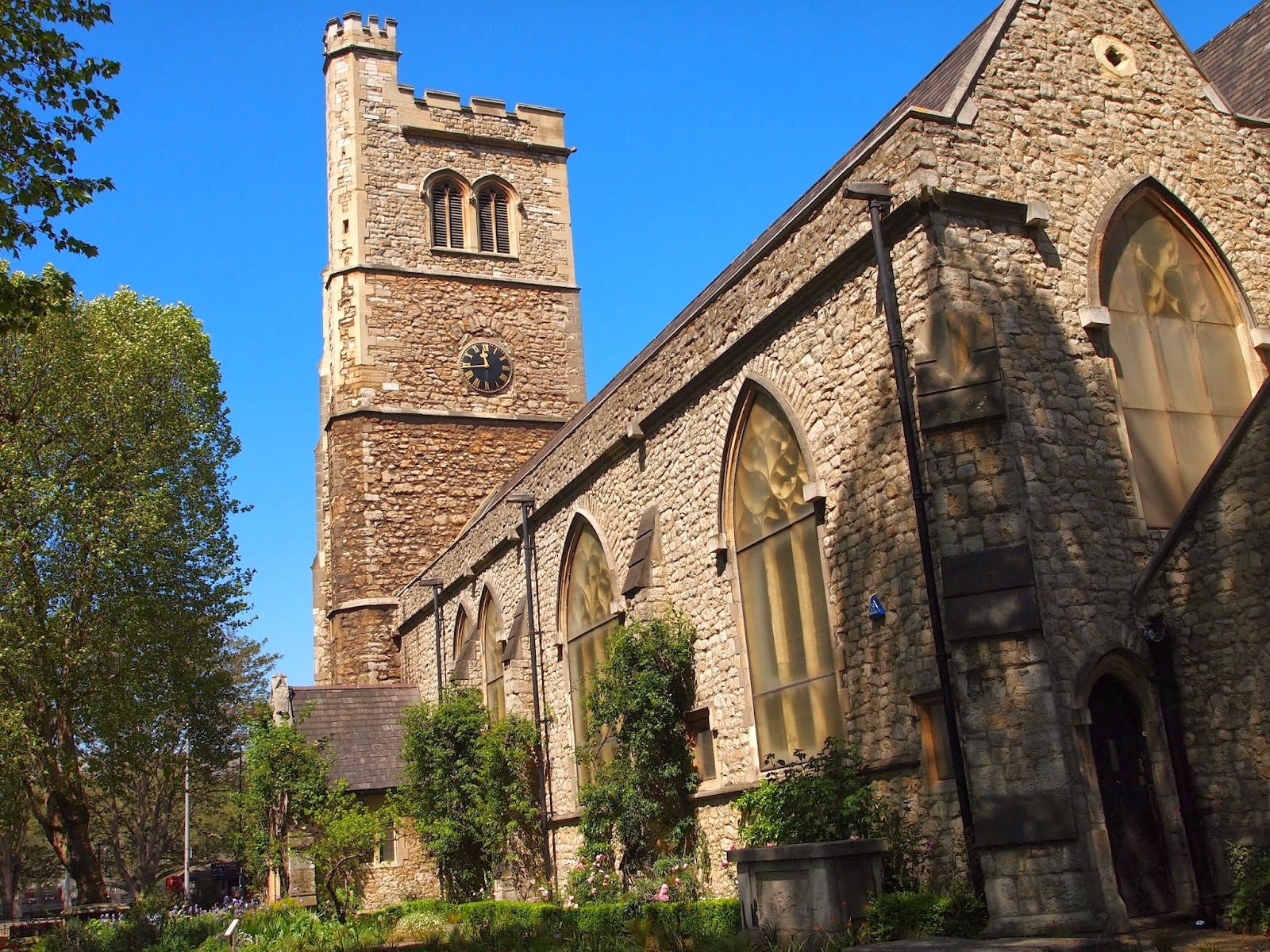 When I first began to research my HOPKINS ancestors, who were Lightermen on the Thames, I discovered from an online contact that hidden in the churchyard of St Mary at Lambeth was a tombstone bearing the name Robert Hopkins who died in 1849.  After some time I went in search of this tomb lying in the shade of Lambeth Palace, in the grounds of what is now the innovative Garden Museum. 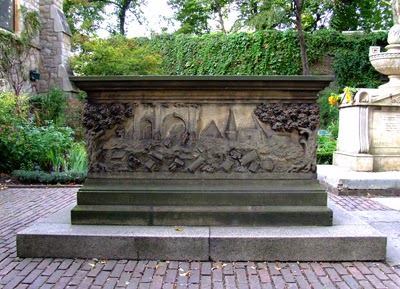 At first I was disappointed, finding only the imposing tombs of Captain Bligh and John Tradescant, so I enquired at the Reception area and was lucky enough to meet Christopher Raven who was compiling a list of the memorial stones.  He immediately recognised the name Robert Hopkins and took me to the West side of the “dry garden” where the dark slab I was seeking lay half covered by low lying shrubs. 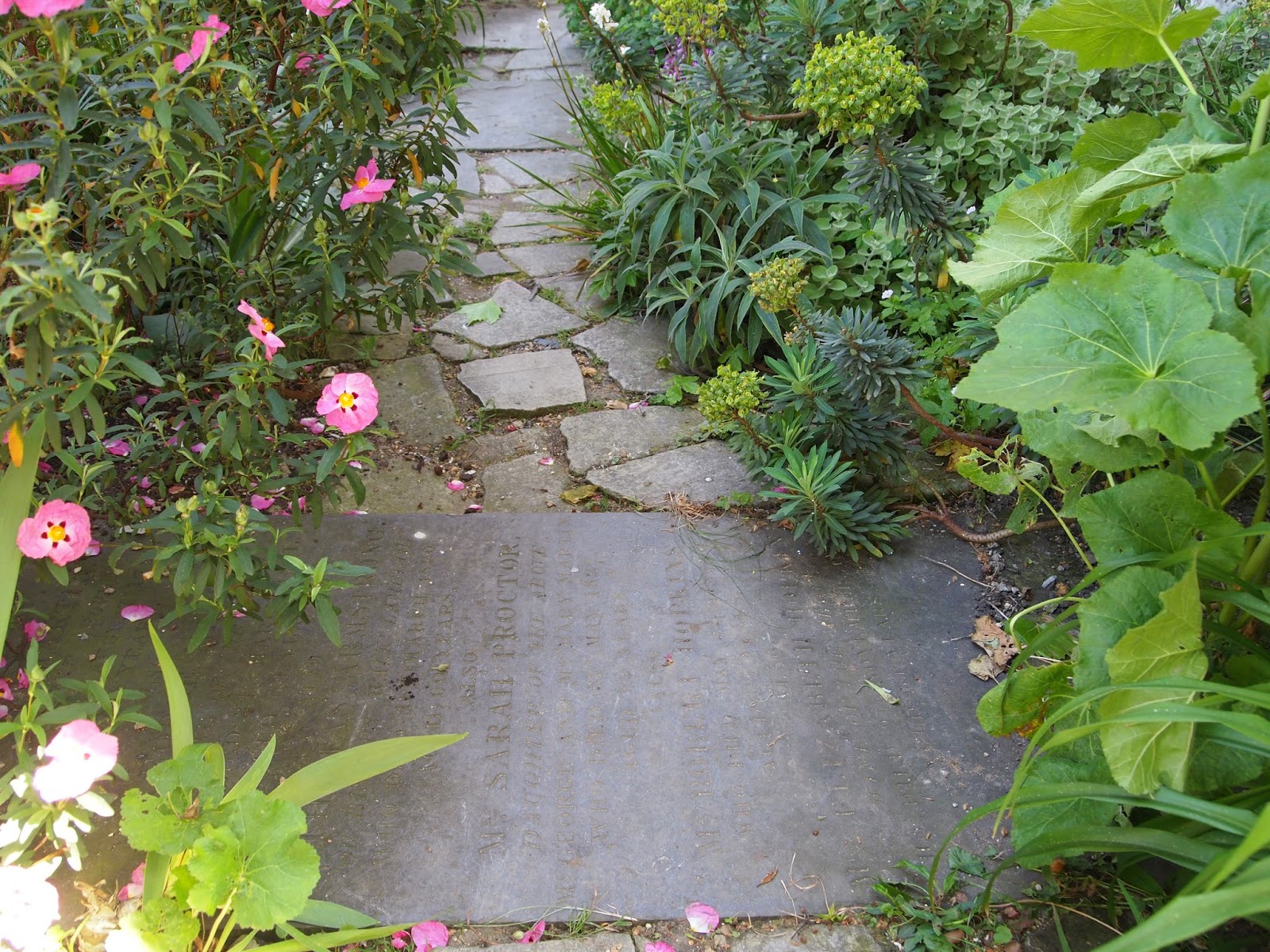 On the tombstone I found listed 6 people with four different surnames; Robert and Elizabeth Hopkins, who were my great great great grandparents, Sarah Proctor and George and Mary Martin who meant nothing to me and Thomas Armstrong, a name of significance.  Through several generations the Hopkins family used the name Armstrong as a middle name for their sons but there was no evidence that the Hopkins family ever married into the Armstrong family.  I found the link in the apprenticeship bindings records for the company of Watermen and Lightermen.  Thomas Armstrong was a Master Lighterman to whom Robert Hopkins was apprenticed for 7 years from the age of 14.  On completing his apprenticeship in 1811, Robert Hopkins married Elizabeth Norris in St Martin in the Fields, the Lightermen’s church, with Thomas Armstrong as a witness. 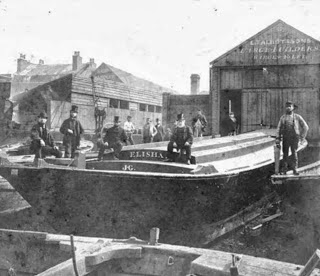 The next connection I discovered was that George Martin and Thomas Armstrong were in business together as coal merchants.  All the families lived in Bishops Walk which lay between St Mary’s church and the present day site of St Thomas’ Hospital.  In pre-embankment days there was easy access to the river and the lightermen were able to operate the flat bottomed Thames barges, using the ebb and flow of the river to move their craft to transport coal. 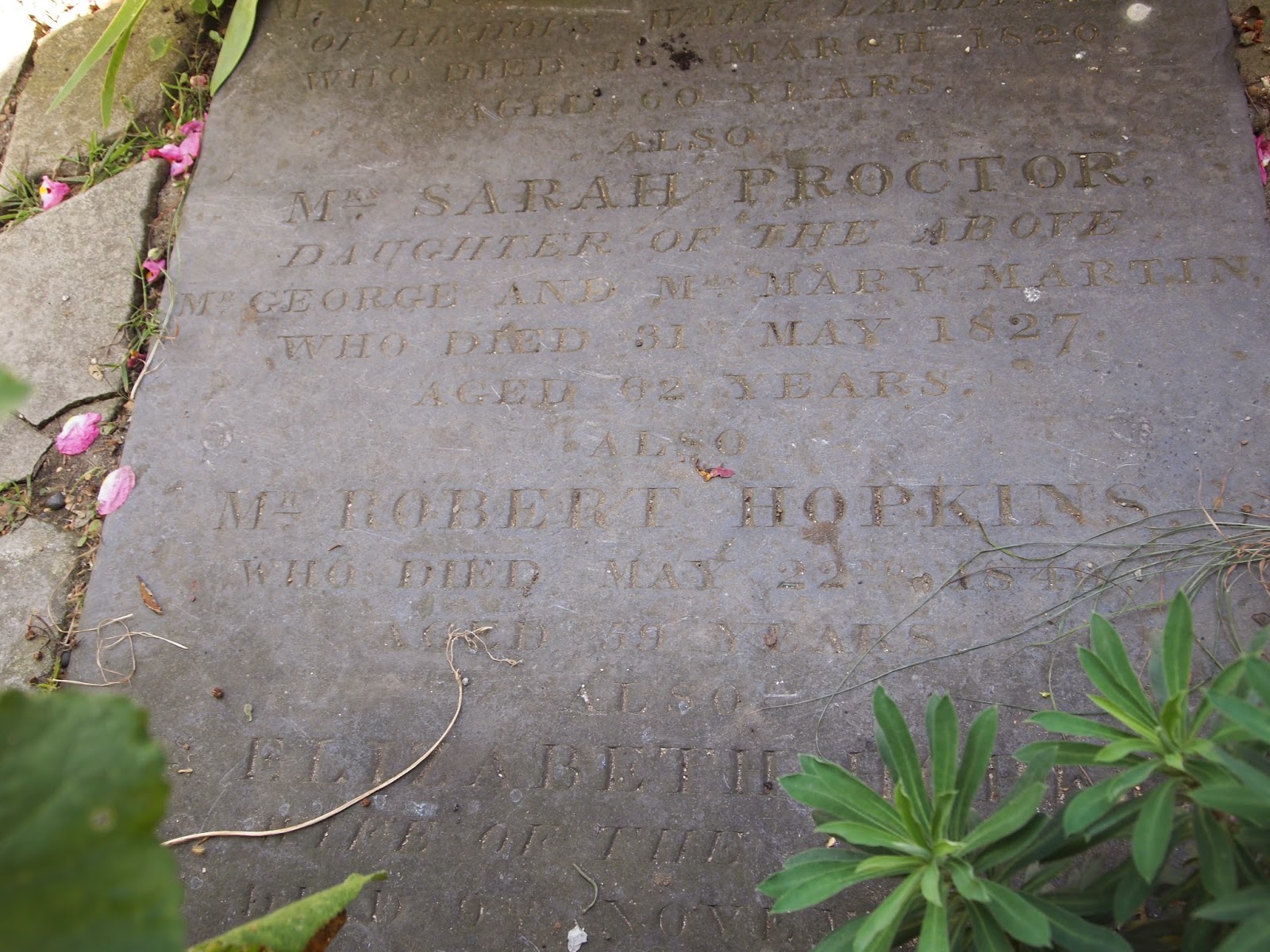 George Martin had married Mary Norris, who may have been the aunt of Elizabeth Norris, Robert Hopkins’ wife.  George and Mary had a son, George, who died as a child but their surviving daughter Sarah married Thomas Armstrong.  From his will I was able to discover that when Thomas died in 1820 they had no children so he left everything to his wife Sarah.  Two years later Sarah married Charles Proctor, a bachelor, at St Pancras.  Once again Sarah had no children so by the time Charles died Sarah Proctor was a very wealthy woman.  In addition she was the only heir of her father George Martin.

Sarah's six page will is quite complex.  She left £6000 to Robert Hopkins and other bequests to Robert’s wife Elizabeth Norris and to Elizabeth’s brother & sisters, Thomas, Sophie, Sarah and Harriot Mary Norris.  There was also a bequest for Emma Hopkins, the daughter of Robert & Elizabeth.

It is most probable that Sarah Proctor left instructions that Robert and Elizabeth Hopkins should be buried alongside the Martin family rather than in the overflow graveyard on Lambeth High Street.  Perhaps she was unaware of the practices of two body snatchers in the graveyard in 1817.